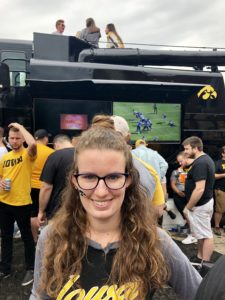 Lately I’ve been running without routes, without a time goal, without mileage in mind. After two years of fitting, well, life, into increasingly nonexistent pockets of free time, I’ve been rediscovering a sense of aimlessness. A couple times a week, I don’t set an alarm in the morning; class doesn’t start until 2 p.m., after all. I get home from school and run and run and run, the setting sun my only (extremely rough) estimate as to what time it is.

3L is more uncomfortable, more jarring than I had anticipated. The public interest jobs I plan to apply for won’t open until next semester. Many won’t hire me until I (hopefully) pass the bar next July.

It is a strange sense of limbo, like senior year of high school and college but worse.

A new lease agreement arrived in my mailbox the other day, asking if I’ll be living in this delightfully creaky 90-year-old stone house for a fourth year. I won’t. But I’m not sure where I’ll be, which, cool cool cool.

As a perpetually impatient person, it’s already been difficult to hear friends (and damn near everyone, it seems) excited about job offers, new apartments, new cities, new lives. While I like to imagine myself working as a law clerk or a public defender or a staff attorney at a nonprofit sometime next fall, I’m cautious about crafting a new life in my mind too early (I tend to get carried away).

I keep reminding myself that life timelines are a construct often rooted in heteronormativity and patriarchy, and mine doesn’t have to look like anyone else’s. But it’s hard to convince myself sometimes.

When my (latest) existential crisis really starts to set in, I go running. Sometimes 20 minutes. Sometimes five miles. Sometimes a mix of running and walking as I stop to look at the river (or, let’s be real, cautiously step around one of the terrifying geese that reign over City Park).

Somehow, it’s always just the right amount of time, the right distance and the right path for me.