“Attack” was always something I controlled and carried out, something orchestrated, calculated and decided by minute adjustments in grip, swing and step. I knew how, when and where to attack. Attacking meant winning. 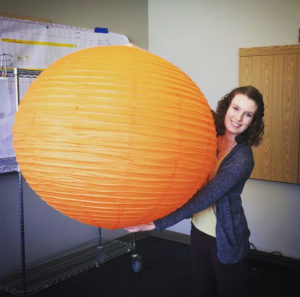 One time I held up the sun, so I guess my problems aren’t so big after all.

“Attack” means something different in the autoimmune world, I’ve learned this year.

Celiac disease is an autoimmune disease. My body attacks itself, without my permission, attacking until I ended up in the emergency room, pumped full of blood and fluids and powerlessness.

That’s the thing about autoimmunity. I am no longer the attacker; I am the one being attacked, by my own body, my own cells, my own biology. The roles reversed in unnerving, invisible clarity.

“I’m tired” cruelly colors everyday conversation, and this year has revealed its pervasiveness. At the height of my illness, I almost felt hurt when friends said, “I’m tired” in response to, “How are you?” when I was powerless in explaining my own exhaustion. I couldn’t control my energy levels with rest, and I couldn’t even control the English language enough to express it. END_OF_DOCUMENT_TOKEN_TO_BE_REPLACED 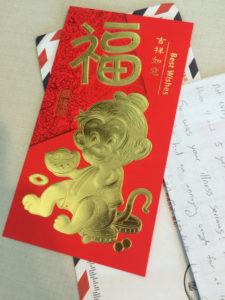 After four straight days of receiving medical bills in the mail, I got a letter and this adorable envelope from my friend Kevin in Taiwan. Thanks, Kev!

Small wins are the currency of 2016. The days my mailbox is empty of medical bills. The gluten-free pumpkin bar on the menu at the restaurant. The fading yellow of a lingering IV bruise. A perfect logic game. I find myself reflecting on 2016 and 23 as if the year is winding down, as if it’s time to neatly package my existence into a few profound lessons or moments, the kind I might look on in a year or when I’m 30 and say, “Well, that’s nice.”

This year is a lot messier, though, as itty-bitty moments of significance clutter my mind, surfacing unexpectedly. I often come back to the moment the doctor walked into my hospital room with two units of O+ blood, particularly as I prepare for my follow-up with the hematologist next week. In that moment, I faced the fragility of my fierce independence, trading it for the reality of a body that I felt had betrayed me. “I’m trying to get into law school, why do I have to worry about this shit?” I thought.  END_OF_DOCUMENT_TOKEN_TO_BE_REPLACED 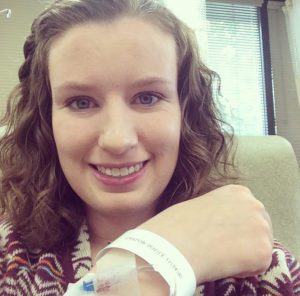 I woke up in the ER in January in my hospital gown; I frantically asked, “Where are my clothes? Where are they?” I felt stripped.

I pulled bobby pins from my hair one by one March 24, piling them in my mother’s palm. I shielded the loose strands with my hands as I fled to the operating room for a biopsy of my stomach and small intestine. Fleeing sometimes takes on strange, disturbing dimensions.

This morning at the infusion room I tugged my sweater from my right arm slowly, the knitted fabric rippling reluctantly, clinging to my skin like it didn’t want to leave. The cold antiseptic stung. I hated my bare arm, resented it, looking away as the nurse stuck me, again.

In 2016, I’ve felt stripped of energy, clothing, control, my favorite foods (I love you and miss you, Pillsbury cinnamon rolls). I called my mom on her 50th birthday after the hematologist called me to inform me of the weekly IVs. It should have been a cheerful birthday call, the one where I inevitably say “happy birthday” in Arabic, tripping over the foreign sounds, still.  END_OF_DOCUMENT_TOKEN_TO_BE_REPLACED 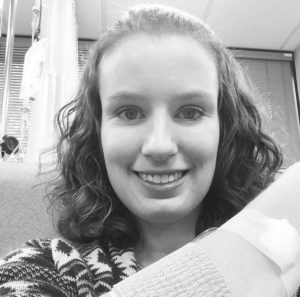 This year is going so quickly.

I want to agree, to nod and smile, to say, “I can’t believe it’s already May!” I do say it sometimes, in fact, as if it were expected of me as a human, a millennial in a fast-paced world.

Yet time has slowed the past few months, escaping me even as I’m aware of its presence. I tell time by half-empty IV bags and doctor’s appointments and which “Lemonade” track is coming up next.

Unloveably boring, it is. I finally found the words to explain how I’ve been feeling. My life news is limited to the laughable LSAT answer choice I encountered on Thursday (“The fact that Roger wanted companionship does not by itself explain why he adopted 10 cats.”) and the religious experience of live-streaming new Beyoncé while under a unit of Benadryl. END_OF_DOCUMENT_TOKEN_TO_BE_REPLACED 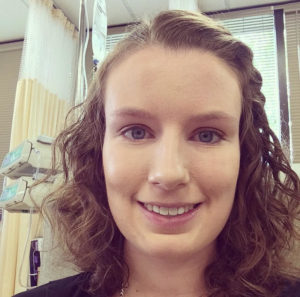 Bruises and bread embody my 2016 milestones; meanwhile, brides and babies pepper Twitter and Facebook. It is a juxtaposition of expectation, one I often battle. The tedious process of getting better has helped me focus on the incremental, little moments, the kind that don’t warrant life events or photo albums. Like cooking gluten-free chickpea pasta and not obsessing over the mess level in my kitchen.

Like wearing my new short-sleeved shirt despite the bruises on my right wrist. Their colors tell time, fading from red to purple to yellow, appointments and bills blurring into a macabre badge of honor. I look at my wrist. It reminds me that healing is ugly and unpredictable but in that colorful, “Wanna see my badass IV bruise?” way.  END_OF_DOCUMENT_TOKEN_TO_BE_REPLACED